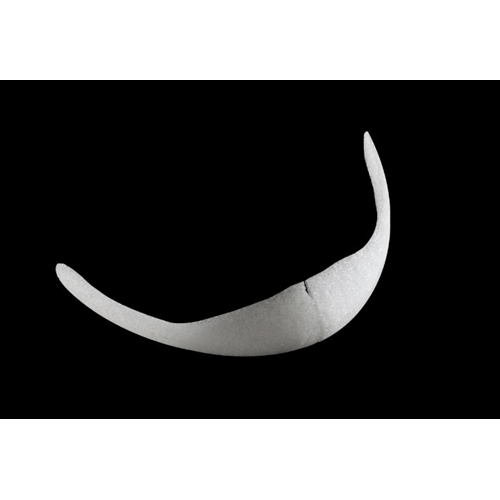 Abstract:
Medpor is a biocompatible, porous, high-density polyethylene implant material used as a skeleton substitute. During the last two decades, it has been successfully applied for aesthetic contour enhancement and at reconstruction of the facial skeleton. Reports on the long-term host tissue tolerance of Medpor are sparse. Use of foreign materials in nasal reconstruction has always been and still is controversial. The main contra-argument maintains that it is not known how alloplastic materials are tolerated by the human body in the long term. This study brings such data concerning the biocompatibility of Medpor. The author has 16 years of experience working with Medpor implants, including its use in rhinoplasty, chin augmentation, and malar augmentation. In this prospective study from 1996 to 2012, Medpor was used in 118 implants for 102 patients. The most frequent indications were nose deformity (n = 61), chin hypoplasia (n = 33), and malar hypoplasia (n = 6). The follow-up periods ranged from 6 months to 15 years (median, 7 years). Of 42 difficult nasal reconstructions performed with the assistance of Medpor, 28 were catastrophe noses that had undergone two to four previous surgeries elsewhere. A total of 19 patients had saddle nose deformity. Of the nasal reconstructions, 85 % had a smooth clinical course, with results remaining stable during the observation time. Five biopsies confirmed soft tissue ingrowths and collagen deposition, with subsequent vascularization. All complications could be mastered. Two dorsal struts and two chin implants required trimming. Infection occurred in three rhinoplasty cases, and partial extrusion occurred in two cases. All augmented chins and malar prominences were firm and bony-like at palpation. Of the 106 Medpor implants in the followed-up patients, some were trimmed or removed, but 97 implants (91 %) remained unchanged. Implantation of porous polyethylene in the facial region is a safe procedure. Currently, Medpor seems to be the best alloplastic material available as a facial bone substitute. It is long-lasting, with a low frequency of complications, morbidity similar to procedures involving autologous grafts, and high overall patient satisfaction.